Pending Any groups are meant for times when a document should be routed to several people at the same time, but the routees actually make up subgroups and only one person from each subgroup needs to take action on the document.

For example, a document might need to go out to Drywall subs and Electrical subs at the same time to get approval from both, but each sub has an assistant who could also respond. In such a scenario, the predefined route might be set up as follows:

Note that the Seq is the same for all and that all routees have the Pending Any status. Groups are indicated in the Pending Group field as numbers.

Such a predefined route would show up on a document as: 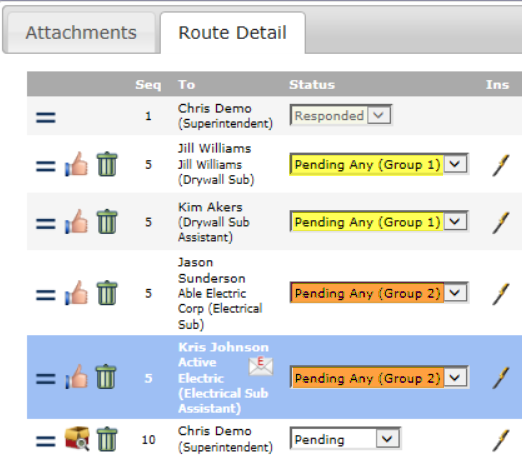 In the above example, the document will go to Seq 10 only when Jill OR Kim AND Jason or Kris click the “thumbs up” icon or respond by email.

As with other Pending Any routes, when one person responds, the other person (or persons) in the group gets a No Action route status. Any number of people can be included in a Pending Any group and a predefined route can have any number of such groups. 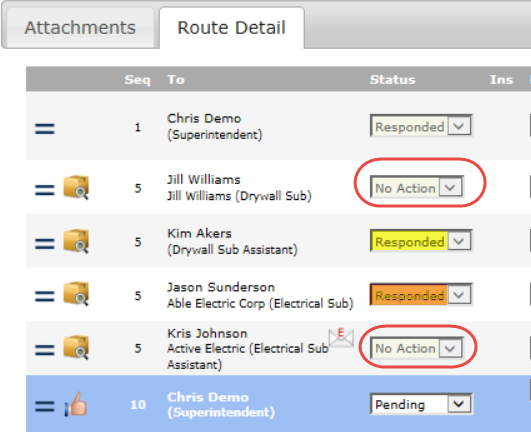 Location of the Document Priority Field

How to Rename a File

Drag and Drop Rows Across Pages