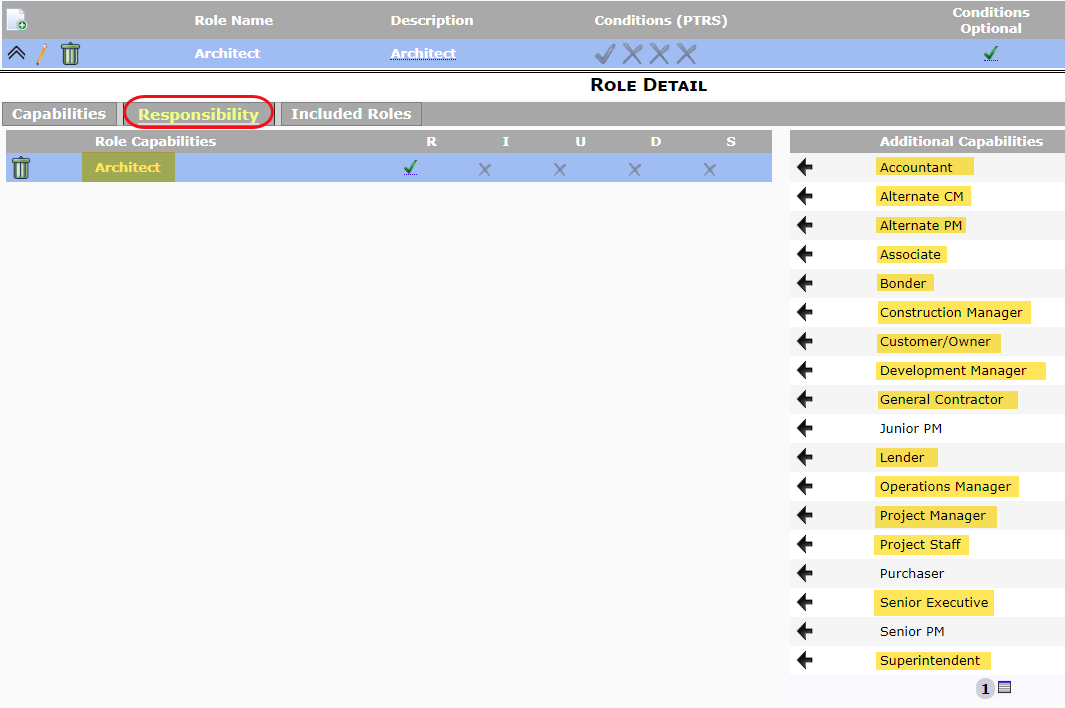 If you want someone with the Architect role (or whatever you call that role, for example, “Lead Architect”) to be used in the PAPT, you would need to:

In the example above, Nick York is identified as the Architect on the project and Owen Roberts is identified as the Owner on the project; therefore, Nick York’s and Owen Robert’s information (including company name and address) is available to flow to the PAPT.  What information actually shows up on the PAPT depends on how the PAPT has been designed.

How to Change Labels on the Project Totals Form

How to Add Cost Codes After Initial BFA

How to Reorder/Resequence Document Fields

Expanding and Minimizing Notes in the BFA Workbook