We have a user with a global role of Accounting. Sometimes this person is not included on a document route even though the predefined route includes the role of  Accounting. Why is this user not always included?

Let’s say that both Jay Adams and Wilma Flint have the global Accounting role.

But only Wilma is on the Team Contacts for a particular project.

When Spitfire uses the following predefined route to create the routing for a document on that project, it will add only Wilma to Seq 4 – Accounting. However, if Wilma is removed from the project team, Spitfire will add both Jay Adams and Wilma Flint to the document route, since they both have the global Accounting role. 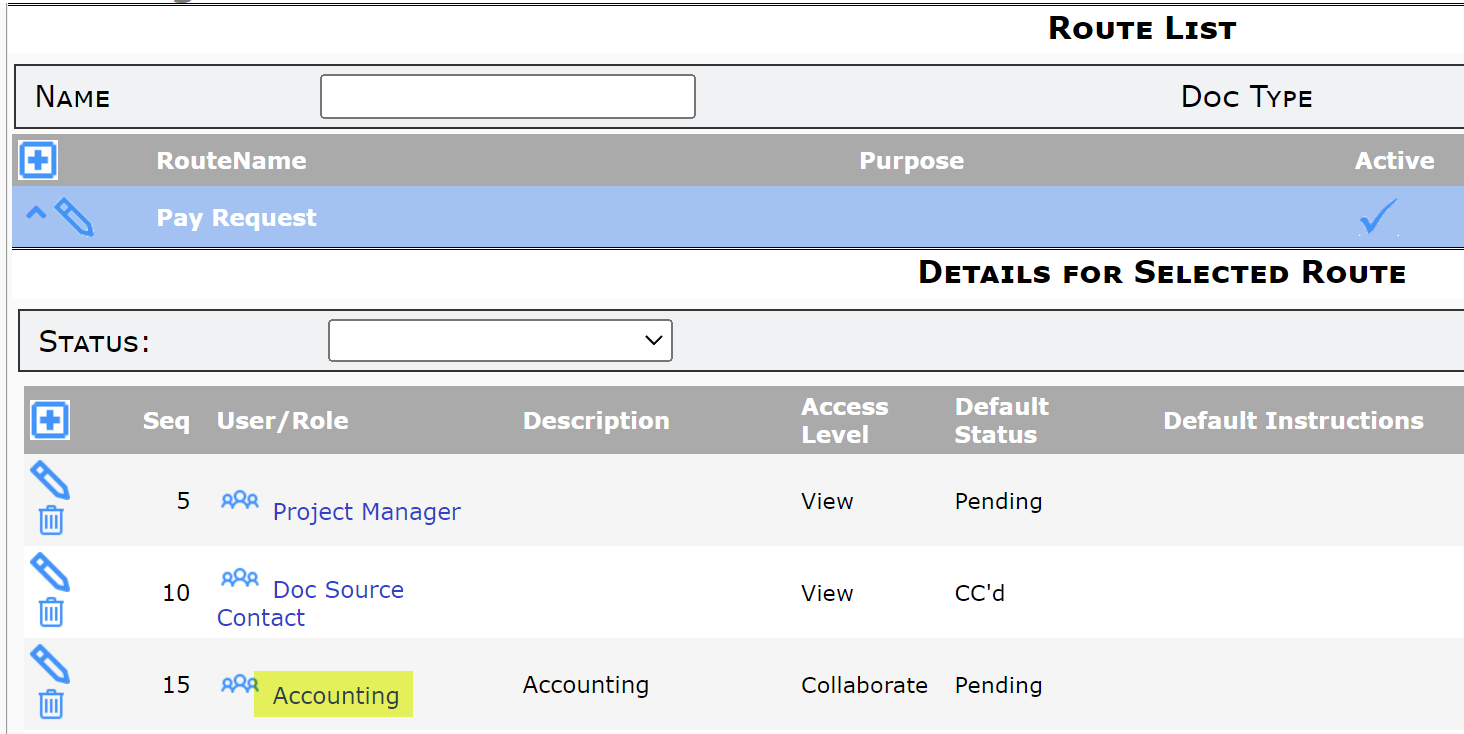 Question: How do I add a new document status for my Commitment that will appear in the Status drop-down only…
Read more

Changing the Subtotal Criteria in the SOV Workbook

Final Billing on the SOV Workbook

Who is the Compliance Notification Doc From?