The “round trip” choice is for those times you want to route a document to one or more people and then have it come back to you. For this reason the default round trip sequence number is determined by the rest of the route. If you choose only Round trip back to you in the Build Route option, you will be given a Seq number two digits higher than the last Seq in the route. 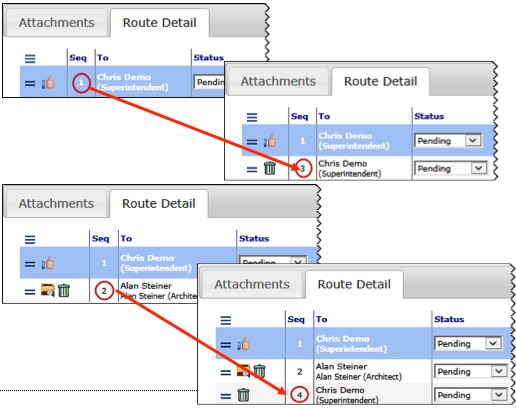 If you choose other routees through the Build Route option, by default you will be given a Seq number one higher than the other Build Routees. For example, if you include several routees, the route might look like this. 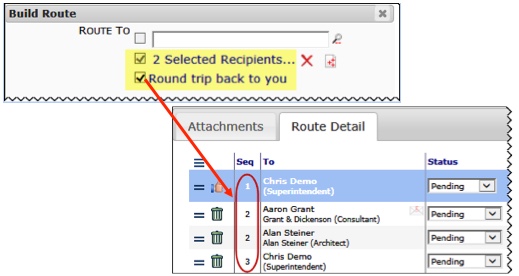 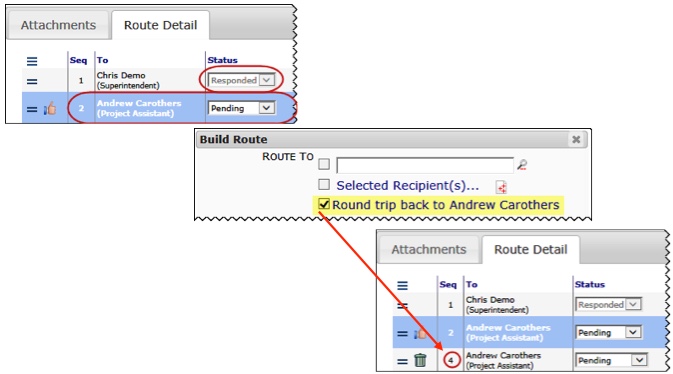