This entry is part 34 of 37 in the series Focus Guide - BFA: Budget/Forecasting/Analysis Worksheet

The Export Named Ranges option on the Spitfire Menu ribbon creates a workbook containing the named ranges used in the BFA workbook, including the index, names, and coordinates references. These named ranges are helpful when creating a supplemental workbook because direct cell references sometimes become obsolete over time, whereas named ranges can be maintained.

To export the named ranges in BFA: 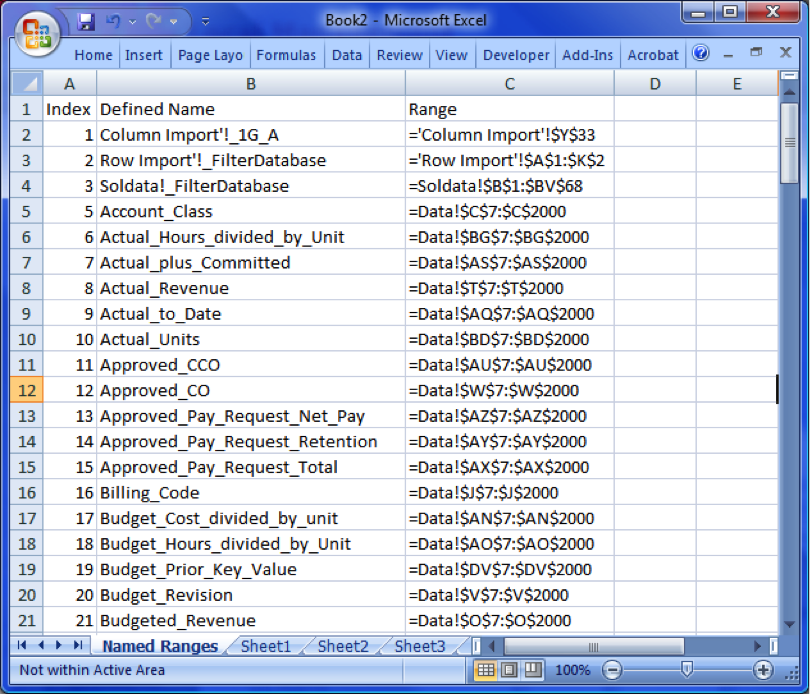