We have a user with a global role of Accounting. Sometimes this person is not included on a document route even though the predefined route includes the role of  Accounting. Why is this user not included?

Let’s say that both Jay Adams and Wilma Flint have the global Accounting role.

But only Wilma is on the Team Contacts for a particular project.

When the following predefined route creates the routing for a document on that project, only Wilma will be added to the route. Yet, if Wilma had not been on the team, then both Jay Adams and Wilma Flint would have been added to the document route, since they both have the global Accounting role. 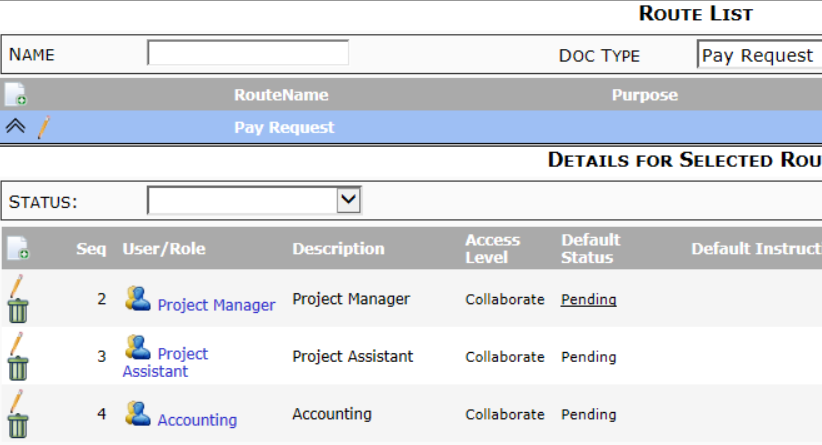 How to Reorder/Resequence Document Fields

Expanding and Minimizing Notes in the BFA Workbook